Gateway Classic Cars of St Louis is proud to present this 2001 Ford Mustang SVT Cobra!
In 1993 Ford decided to unveil a new mustang, one that would set a modern precedence for performance and so the SVT Cobra was born. The Cobra was backed by a 4.6 liter V8 and was positioned higher than its GT and Mach 1 brothers. In 1999 Ford redesigned the Mustang using the new Edge design language that focused on surface tension by adding creases to soft aerodynamic shapes, essentially combined intersecting arcs. This led to a very aggressive style for the mustang. For the first time independent rear suspension was used and was exclusive to the Cobra. The SVT Cobras were made from 1993-2004. ANY WAY… Despite all the numbers and specs this car is awesome and you are doing yourself a major disservice by not putting this in your driveway. Get ahold of Geoff or Tanner today and lets make dreams come true!!!

This 2001 Ford Mustang can be seen in greater detail including 100+ photos and HD video on our website at http://www.gatewayclassiccars.com. If you would like more information on this vehicle please give us a call at 618-271-3000 or send us an email at stl@gatewayclassiccars.com 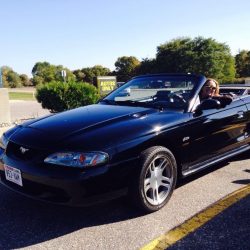 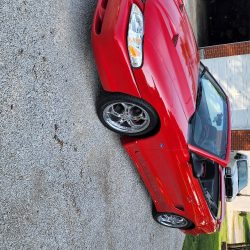 Gateway Classic Cars of Philadelphia is presenting this Awesome 1995 Ford Mustang GT Convertible for sale. Originally a 249A Package from the factory this Musta...